Gucci and Dior are two of the most popular luxury designer brands.

These brands specialize in bags, shoes, leather goods, ready-to-wear clothing, and accessories. Both brands also have cosmetics and fragrance collections.

Let’s check whether Gucci or Dior is more expensive than the other:

Gucci vs. Dior: Which Luxury Brand Is More Expensive

Even though both brands belong to the luxury fashion sector, Gucci is more expensive than Dior. Globally, Gucci is one of the most expensive luxury brands, right after Louis Vuitton and Hermès. Even though Gucci has some affordable pieces below $1,000, many of its products cost more than $5,000. 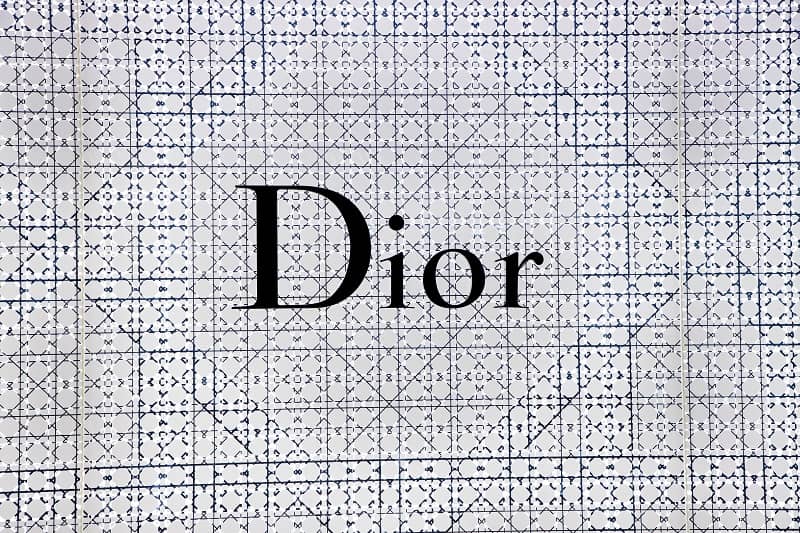 Gucci is generally more expensive than Dior in bags, even though it offers bags below $1,000, while the latter does not.

What makes Gucci bags more expensive than Dior bags is the number of products priced over $6,000.

The most expensive Dior bag you can find is the Medium Lady D-Lite Bag, priced at $5,300. This bag is fully embroidered with the blue Toile de Jouy Reverse motif and has gold-toned hardware.

Meanwhile, Gucci has numerous bag options that are more expensive than Dior’s priciest bag. The prices range from $5,500 to as much as $52,000.

The best Gucci bag you can buy right now is the Gucci Bamboo 1947 Crocodile Top Handle Bag, priced at $52,000. This bag is made from green crocodile leather with antique gold-toned and bamboo hardware.

If you look at Dior’s online store, you’d see that there are no clothing items priced at less than $1,000. The cheapest item is a cotton and linen blended t-shirt for $1,100.

Dior’s clothing items for women come in a price range of $1,100 to $7,000, depending on the style of the clothes and the materials.

Gucci offers lots of casual clothing items for under $1,000. You can get t-shirts for as low as $590, which come in various prints and designs. However, you would find that Gucci offers more expensive items than Dior. The most expensive women’s clothing item at Gucci costs $13,000.

Of these two brands, we can say that Gucci is more expensive.

Even though Gucci has clothing items for less than $1,000 while Dior does not, a lot of Gucci clothes are still more expensive than those from Dior.

Gucci’s clothing items for men typically start at $530. The brand has a good collection of casual t-shirts that cost below $1,000, while the majority of the products in the menswear collection are priced between $1,000 to $18,000.

Dior may not have clothing items below $1,000, but Gucci is still more expensive than Dior when it comes to men’s clothing.

The most expensive Gucci clothing item for men is an Equestrian Print Coat. It is made of cotton with studded calf leather trims.

When it comes to shoes, Dior is generally more expensive than Gucci.

The cheapest footwear pair from Dior is rubber slides, which cost $730. Meanwhile, Gucci slides cost no more than $650. The most affordable pair is the Women’s Rubber Slide Sandal which costs $380 and is available in 3 colors.

When it comes to other shoe styles like boots, loafers, heels, and sling-backs, the prices of Dior and Gucci are almost the same, with little differences here and there.

Gucci has a bigger collection of wallets and cardholders and is more expensive than Dior.

The card holders from Dior start at $495 with the Saddle Flap Card Holder in Blue Oblique Jacquard. Gucci cardholders are priced from $280 to $600.

Even though Gucci offers more styles that are cheaper, it also has significantly pricier styles.

Read also: How Long Do Gucci Wallets Last? Here are a few examples!

Regarding hats, Gucci offers more variety in styles compared to Dior. They are also more expensive.

Dior hats start at $500. The most expensive one is the D-Bobby Dior Jardin d’Hiver Small Brim Bucket Hat which retails for around $1,500.

Gucci hats start at $360 with the Wool Hat with Label. Meanwhile, the Nylon Hooded Scarf with Pockets is the most expensive one, which retails for $2,890. This hat is made from blue and red quilted nylon with the GG pattern, with wool lining.

Gucci may have cheaper belts than Dior, but they are still more expensive overall.

Dior belts start at $660 with the Saddle Belt, which features the signature CD letter logo. The 30 Montaigne Reversible Belt is the most expensive belt, which retails for $740.

The most expensive Gucci belt is the Lizard Belt with Interlocking G. This belt is made from butter lizard skin encrusted with crystals. Its hardware is made from engraved enamel featuring an intricate design.

When it comes to eyewear, Gucci is still more expensive than Dior.

Meanwhile, the most affordable eyewear at Dior costs $380, the Wildior BU Sunglasses. The most expensive one is the DiorMidnight S2F Sunglasses which retail for only $580.

Dior fragrances for women start at $100. The most affordable one is the 50ml bottle of Miss Dior which is available in two variants. The most expensive fragrance for women is Miss Dior – Bobby Limited Edition in a collectors bottle, costing roughly $800.

Gucci fragrances for women start at $113, with the Gucci Flora line consisting of two variants. The Alchemist’s Garden line is women’s most expensive fragrance, which costs $350 for a 100ml bottle.

Why Is Gucci More Expensive Than Dior?

Gucci is more expensive than Dior because it has a higher brand value.

Gucci has a rich heritage paired with a good business strategy, which is factored into its brand value. Its pieces are extravagant, yet the designs are purposeful.

Even though both of these brands use excellent quality materials, it is important to note that Gucci uses mostly leather materials, while Dior does not.

Gucci has a brand image that appeals to the incredibly wealthy, so they can charge as much as their customers are willing to pay.

Of these two brands, Gucci sells more products than Dior.

Whether it’s bags, shoes, clothes, or accessories, Gucci has a bigger collection than Dior.

Gucci has a good selection of items that are generally more affordable for the luxury sector. Still, it also has a large, expensive collection of extravagant pieces.